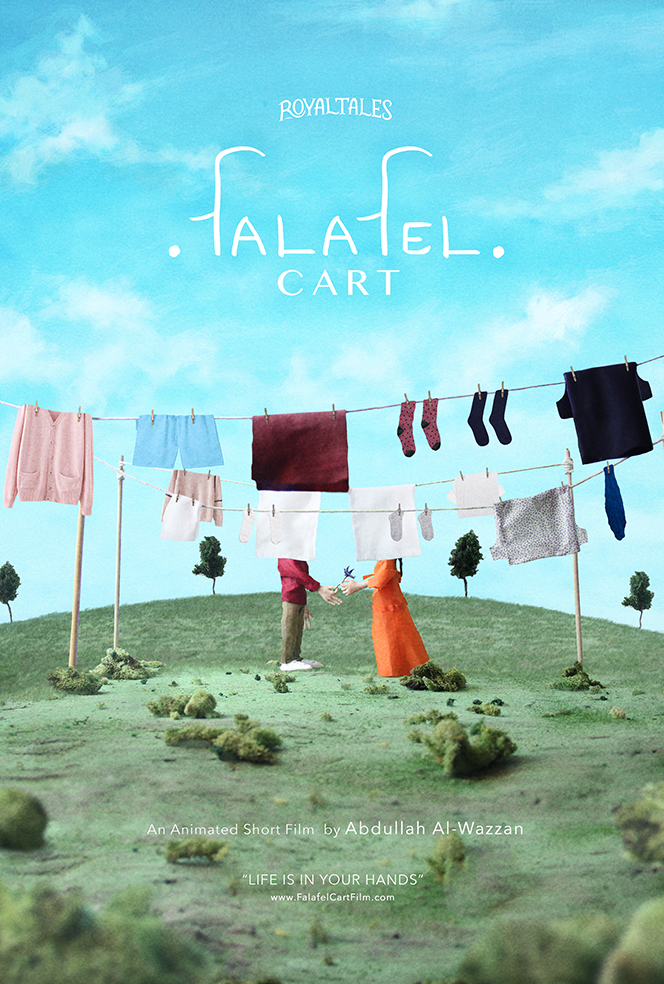 During a stormy night, a lonely isolated falafel cart owner stumbles upon a mysterious flower that whirls him into the memories of his past.

The film was inspired by the ongoing conflicts of the middle east, highlighting the impact on people who are merely seeking a better life. the project first came to life after director Abdullah Al-Wazzan started to experiment with a different form of animation that employed a combination of stop-motion, computer generated animation, claymation and 2D animation.

In 2016 Al-Wazzan began production on the animated short film “Falafel Cart”. The project was finally completed and released in September of 2019 in Los Angeles, California.

Abdullah Al-Wazzan is a director, writer and producer. Born in Kuwait in 1990. He Graduated with a Bachelor of Architecture (B.Arch) in 2012. Al-Wazzan’s professional directing debut was with the animated short film “Falafel Cart” which will be followed by his second professional short, the live-action drama “Soaring Over Mayhem”.

Director’s statement: Falafel Cart is an experimentation to the form of film and narration, telling a story by putting the audience literally  in the heart and soul of the protagonist. Making them see what he sees and feel what he feels without actually getting a full glimpse of him. The audience can then hold their judgments and prejudices and live his life and memories as if it’s their own.

The filmmaker single-handedly Animated the entire film, built and painted hundreds of models, puppets and backgrounds to achieve the distinct world of falafel cart.